We have already tested the manual turbo-petrol units of these two rookie sensations where the Kia Seltos took the win home. But what happens when you throw a dual-clutch automatic transmission in the equation? We went looking for answers, again. Before we proceed, let’s take a look at the spec-sheet for better perspective:

Both the MG Hector and the Kia Seltos are closely matched but the latter’s transmission has an extra cog to engage. The Kia’s engine is not only BS6-compliant but also has a healthy lead in terms of claimed fuel efficiency.

Yes, the Hector is well behind the Seltos but we have to keep in mind that the former was tested on wet roads. The Seltos is almost four seconds quicker to a ton and almost 3 seconds ahead when you want to overtake. 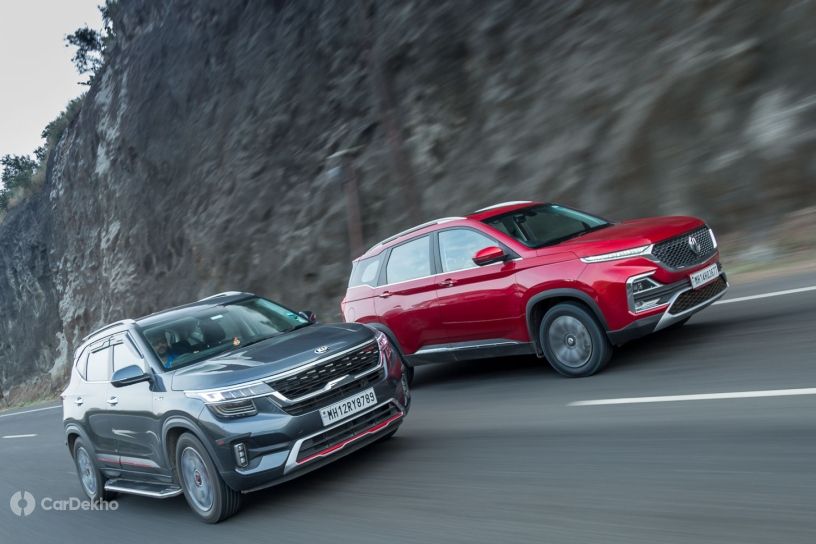 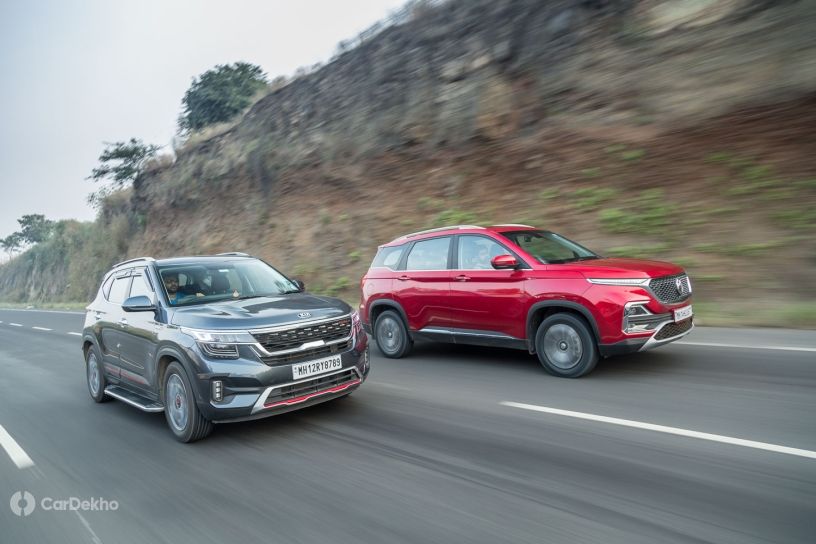 The Seltos’ claimed number is at least 3kmpl higher than the Hector’s. But where the Seltos managed to surpass the claimed number, the Hector was under it by around 1.5kmpl. City efficiency of both the vehicles were hit but Hector’s single-digit figure is not something you’d like in your fuel claims. Even in this aspect, the Seltos beats the Hector hands down!

If you look at case-wise scenarios, the Seltos shines and how. It will consistently maintain more than 12kmpl even with heavy city usage and can even go up to 15.32kmpl if you drive on the highways often. The Hector, on the other hand, can only go beyond the 10kmpl threshold if you primarily use long, wide, clean stretches of roads with less traffic. 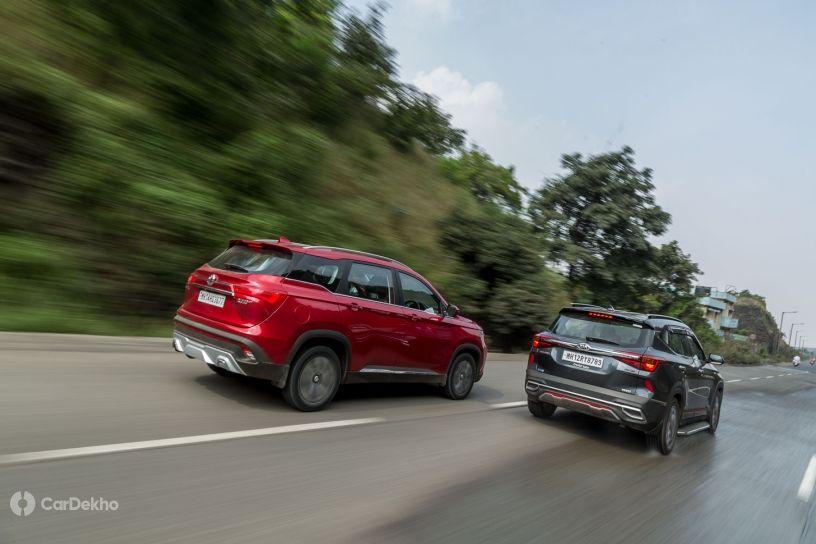 The Hector and Seltos aren’t exactly similar and there are a lot of differences in terms of size and weight that affect the performance and fuel efficiency. Both cars would appeal to a different audience. Having said that, if you’re looking for a performance-oriented, slightly frugal SUV then it’s the Seltos that should be parked in your garage.